Rose Lake Wildlife Area
Rose Lake is a state wildlife research area of 3,646 acres of moderately rolling farmland, abandoned fields, oak and lowland woods, and marsh. The extensive wooded area east of the Peacock Road parking area, through which runs Vermilion Creek, is perhaps the best area location for a wide variety of warblers including the less-common Golden-winged, Cerulean, and Hooded. Good for wildflowers too. Hunting is allowed in season.

Lincoln Brick Park is located on the Grand River north and west of the city of Grand Ledge. The Park gets its name from a brick factory that was located on this site. Ruins and remnants of the factory are visible among the secondary growth of poplar and aspen and large cottonwood trees. The park has more than one mile of frontage on the Grand River, which at this point flows mostly north. A building housing a nature center and meeting room is located on the road entering the park. To the north and west of the center there is a nine-acre prairie and adjacent to it on the south is the start of a small sugar maple plantation. North of the prairie the Park extends through mixed secondary habitat to a creek which is the Park boundary and which meanders down to the Grand River.

Species recorded in the park number 150, including Golden Eagle and Long- eared Owl. Forty-seven (47) species are known to have nested in the Park. Pileated Woodpeckers have nested there every year since 2004.

Woldumar is located at 5739 Old Lansing Road, just northeast of the Lansing Road exit from I-96. Six miles of trails are provided across the 150- acre site. The varied habitat of beech-maple woods, prairie, and the 1.25 mile frontage on the Grand River make it a popular location on the southwest side to observe spring and fall migrating songbirds.

The most productive location in mid-Michigan for water birds. CAAS has held a field trip here for many years at the end of March when Tundra Swans are often seen in migration. Raptors such as Bald Eagle, Osprey, Northern Harrier, and Rough-legged Hawk are commonly seen. When water levels are right, shorebirds can be abundant. Other less-common birds such as Northern Shrike, Rusty Blackbird, and Short-eared Owl can often be found. Spring and Fall are best but it is a game area so hunting seasons must be observed.

Scoping from the dike 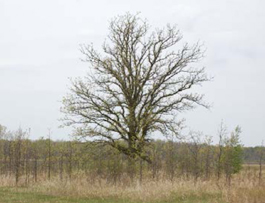 The only state-owned public land in Ingham County is this quiet and secluded game area south of Dansville. Small parking areas can be found along the three main roads through the 5,000-acre property: Ewers, Williamston, and Potter. From these, footpaths lead into the unmarked interior. Better access is on trails that lead from the end of Seven Gables Road off Dexter Trail and a two-track that leads to Hughes Lake from a marked parking lot, also on Dexter Trail. 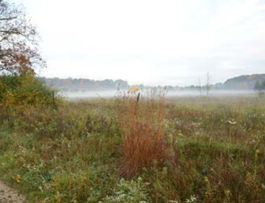 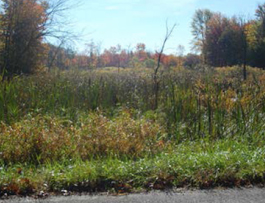 Four miles of trails leading through equally large wooded and open areas and three ponds on the 134-acre site attract a wide variety of bird species and in turn a large number of birders. CAAS bird walks are regularly held here in spring and fall. Fenner is a City of Lansing Park operated by the Fenner Conservancy. Just north of Fenner a bridge carries Aurelius Road traffic over the Red Cedar River. Below the bridge is the River Trail, a pedestrian/bicycle pathway connecting the MSU campus with downtown Lansing. Tall trees line the river banks along this stretch of the trail east and west of Aurelius Road making it a good location to look for migrating warblers and vireos. In winter, ducks of many species are often found on the unfrozen waters in the vicinity of the adjacent Potter Park Zoo. 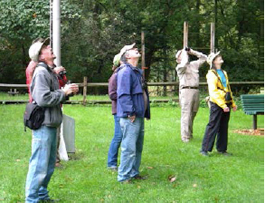 This is a large Ingham County park in Haslett of 410 acres with a nice variety of habitats. More than five miles of well-maintained trails and boardwalks meander through oak-hickory woods, mixed woods, marshes, and other wetlands where sedge wrens, soras, and Virginia Rails are often found in the spring. 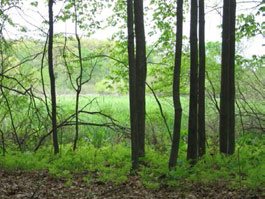 The 30-acre South Park on the west shore of Lake Lansing is probably the best location to observe waterfowl on the lake. The only other public land on the lake is the boat launch at the north end. Lake Lansing, at 485 acres, is the largest body of water in the tri-county area. Bruce Cohen has birded the lake for many years and has seen 9 species of gulls including over 85 Franklin’s Gulls in 1998. Other sightings by Bruce include all three scoters, Red-throated Loon, Red-necked Grebe, Long-tailed Duck, and American Avocet. October until freeze-over is the best time of year to search for these rarities and later in the day with the sun behind puts the birds in the best light.

Situated along the south bank of the Red Cedar River, Eastgate Park, Harris Nature Center, and Legg Park together comprise 200 acres of beech-maple woods, upland fields, and floodplain forest. Six miles of trails wind through this linear preserve located on either side of Van Atta Road. A good location for spring and fall neotropical migrants. 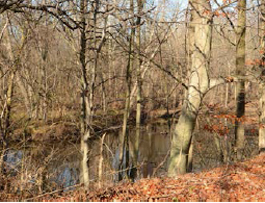 Scott Woods is a City of Lansing Park located at the south end of Clifton Street (2631) behind Sycamore Golf Driving Range. It can also be accessed by a paved path from Hawk Island County Park. From the parking lot on Clifton, a nice woodland trail has been converted into an eight foot wide swath of asphalt. Many large ash trees, killed by Emerald Ash Borer, have been cut down along the pathway but on the other side of the bridge over Sycamore Creek is a very nice beech-maple woods, a valuable remnant in this area. Scott Woods is still a fine destination for birding and for spring wildflowers in the city. 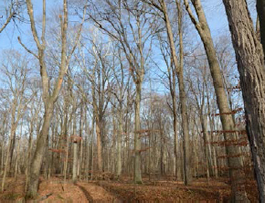 Behind the athletic fields and sledding hill at this park on W. Grand River Ave. east of Meridian Road are three loop trails totaling 2.3 miles. The trails circumnavigate grassy fields which are subject to periodic burning to keep an open prairie-type habitat. Grassland birds such as Eastern Meadowlark, Grasshopper Sparrow, and Clay-colored Sparrow have been found. Fence-row vegetation adds to the attractiveness for wildlife and there are also wooded overlooks of the Red Cedar River.

Pierce Cedar Creek Institute is a nature center, environmental education center, and biological field station located on 661 acres in Barry County south of Hastings. Seven nature trails totaling seven miles wind through a blend of diverse habitats. Over 130 bird species have been recorded. Most impressive is the diversity of butterflies and moths (Lepidoptera) and dragonflies and damselflies (Odonata).

Capital Area Audubon Society’s February meeting will be held Thursday, February 2, 2023 from 7:00-8:30 pm at the Foster Community Center, Room 213, 200 N. Foster Ave., Lansing, Michigan. The evening’s program will be Michigan’s Wildlife Action Plan and State of the Bird with speaker Tony Henehan. Learn about the State Wildlife Action Plan, how it helps birds and species of special concern here in Michigan and what the Restoring America’s Wildlife Act could mean for our state.

Our programs begin with a brief welcome, snacks and beverages at 7:00 followed by the program at 7:15. Our programs are open to the public, and non-members and guests of all ages are welcome.

Red-tailed Hawk Research and Migration with Nick Alioto, looking at the mysteries of this soaring Great Lakes region migrant…

Coming in April and May…

Thanks to the support of our membership, Capital Area Audubon announces the availability of two separate $250 grants for nature education and programming related to the mission of CAAS. Following is a link to the grant application.